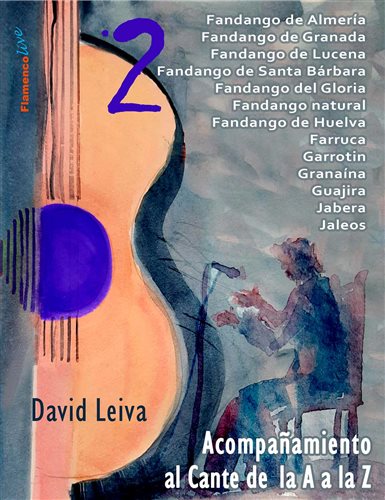 The collection "Accompaniment the cante from A to Z” is the first work that includes the main melodic examples of cante in a score, written for two voices: cante and guitar (note, tablature ). The visualization of the cante with its musical accompaniment provides a new way of understanding flamenco.

This material is aimed at guitarists and singers, but this collection can also be very useful for melodic instrumentalists and pianists. Likewise, composers and performers of other types of music will be able to introduce themselves to flamenco or broaden their knowledge of this musical genre.  The conservatories or schools that teach musical studies on flamenco can use it as teaching material.

The work is organized by palos in alphabetical order in five volumes. Each volume incorporates falsetas composed by David Leiva of different levels distributed throughout the cantes, in order to broaden the repertoire and work on the technique of both hands.

The work is organized in alphabetical order of the Palos from A to Z, this 2nd volume is made up of the following palos: